All Your Eggs Will Break: Avoid The Risks Of Single-Channel Marketing

No need to repeat the cliche about putting all your eggs in one basket. We already know it, and the big mess that happens at the end!

But what amazes me after working 9 years in the digital marketing space is how people think the logic of it all somehow won’t apply to them.

More small and medium sized businesses than I can count seem to think that “this one thing” in the digital marketing space will be what works for them.

They then focus their energy on building up this single channel for their sales, to the exclusion of other channels.

They’ve got SEO humming along for them, so forget about building any social, PPC or e-mail marketing channels. Or maybe they’ve got their Facebook page churning out leads and contacts, so why spend time on SEO?

It’s something in our nature as humans that locks us in a mentality of what worked before, will keep working now and will always work in the future.

Perhaps it is laziness – we’ve got something working for us so why exert energy to change it or do something new?

Perhaps it’s pride – what we’ve got is getting us sales so who are you to give me advice?

Perhaps it’s ignorance – we know one thing we can do well, but aren’t able or willing to learn about other viable options as well.

Whatever the reason is, it is an eventual recipe for disaster.

If you focus all your energy and ad spend on one single channel for your sales and marketing, all your eggs will break. Maybe not today, but eventually.

Three Real Examples Of How All Their Eggs Broke

Don’t believe me? Here’s three recent real-life examples of people and businesses I know that went all-in on a single channel for their sales and marketing.

Eventually, they suffered big consequences for it. Some of them business-ending ones. For their sake, no names/identifiers are mentioned.

This was the brother of an old college friend of mine who built his online business up over 15 years to become a juggernaut in the video gaming vertical. He was extremely successful at his SEO efforts. He had the big house, the new cars, the ATVs and the land to use them on, and so much more.

He was banking on SEO for his single-channel marketing. What came next is almost predictable. Google launches a new algorithm this past year. Overnight, his sites disappear from search rankings. Traffic dries up. Sales and arbitrage from affiliates plummets.

He had no second channel to pivot to of any significance. Sadly, he had to put his house up for sale and file for bankruptcy protection.

Don’t get me wrong. I love SEO. It absolutely needs to be a part of any digital marketing strategy.

But SEO alone is risky business. Google is a shifty animal that can devour livelihoods in a single algorithm update.

This is a local business I know that is involved in the mobile device repairs market. They did extremely well on Google AdWords (PPC) for their marketing. I’m talking about 25% conversion rates or higher and costs per lead between $8-$12 or less. When a single customer can spend $200-$400 dollars, that’s not bad PPC performance at all.

Things were going along quite nicely, and then Google AdWords made a decision to immediately ban all ads on Google platform for every third-party tech repair shop in the country.

Yup. That happened. You can read about it in PC Magazine if you don’t believe me.

Overnight, the shop lost a substantial portion of its revenue. Customers weren’t finding them on Google ads anymore. That shop was brought to the brink of closure. It took months to pivot and rebuild a sustainable lead flow from other marketing channels.

This was another acquaintance I knew who was involved in selling on a prominent third-party e-commerce platform. He had some 23,000+ items for sale on this single platform, and made all his revenue from re-selling the items he posted for sale.

For various reasons, he chose to not diversify his sales channels, and stuck primarily to this platform.

You can probably see where this is going.

All seemed well, until a few customer complaints on this platform put his entire account – and all 23,000+ listings – under warning of imminent closure. He stood to lose his entire livelihood.

He had no other third-party platform he was selling on. He didn’t even have his own e-commerce site to fill orders from. He was standing on the edge of the abyss.

Fortunately in his case he appealed to the platform and, probably because of his status as a large seller, got reinstated. He dodged a bullet, but just barely.

The Moral Of The Story Is…

No need to beat a dead horse and roll out more cliches. Heed the warnings. If your business is overly reliant on a single marketing channel, you are taking a huge risk!

Just don’t do it. Don’t think there’s some “magic bullet” marketing channel that will meet all your business needs. If you don’t diversify, you’ll regret it.

Don’t get lazy just because something’s working good for you now. Tomorrow it might not. And tomorrow is too late to fix it. 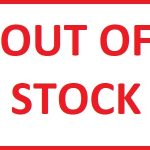 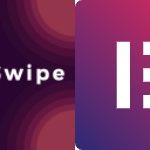 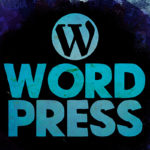 WooCommerce Filter not Finding All (or Any!) Products 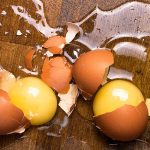 All Your Eggs Will Break: Avoid The Risks Of Single-Channel Marketing 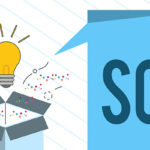 Don’t worry. We won’t sell your email. We are also really busy managing our clients, so we won’t be filling your inbox with articles every day. We only write them when we have a compelling reason to do so, and some spare time too! 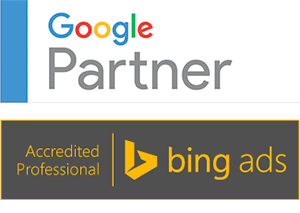